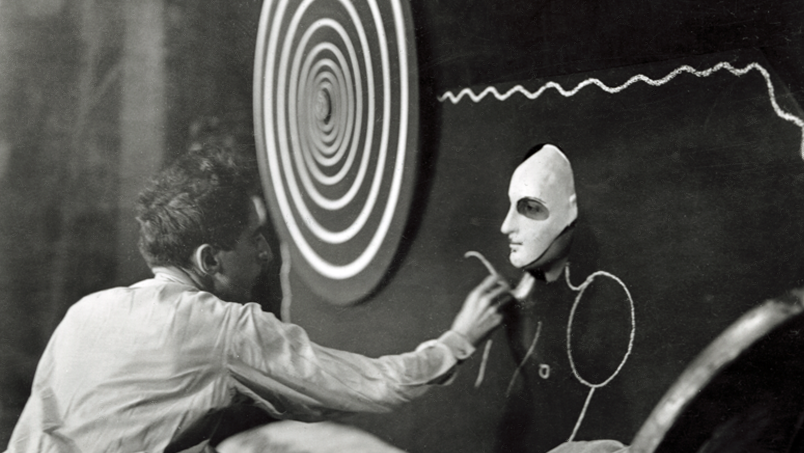 Blood of a poet: “Poets . . . shed not only the red blood of their hearts but the white blood of their souls,” proclaimed Jean Cocteau of his groundbreaking first film—an exploration of the plight of the artist, the power of metaphor and the relationship between art and dreams. One of cinema’s great experiments, this first installment of the Orphic Trilogy stretches the medium to its limits in an effort to capture the poet’s obsession with the struggle between the forces of life and death.

Birth of Troubling Forms: Though nameless at the time, “The Birth of Troubling Forms” is an improvising quartet first formed in October 2013 to improvise the soundtrack to the Carl Theodor Dreyer’s 1932 masterpiece of horror “Vampyr”. The mix of the improvising aesthetics of Alan Bloor (reverb-washed violin and metal), Branko Džinović (utilizing the full musical spectrum of the accordion), Ambrose Pottie (thoughtful articulated vibrating percussion mixed with feedback) and Michael Lynn (dynamic sounds ripped from the upright bass) provided a fully collaborative intense improvisation that took the listener on a dark journey echoing the aesthetics of Carl Theodor’s vision. Since then the group has continued to work and grow, developing this sound and utilizing their collective experience in improvised music to create unified spontaneous compositions.

Faster: FASTER is Kayla Milmine (soprano sax/vocals) and Brian Abbott (guitar/electronic effects/junk percussion) They play a mixture of free improvised music, abused jazz standards, and punk songs. In addition to music they also venture into performance art in their live sets having performed with popcorn poppers, and doing onstage carpentry in front of frightened, confused, and ecstatic audiences.